As per the City of Cape Town advice, layered clothing,
rather than heaters on, as we experience a real Cape of Storms.

We do have to be grateful for the Winter rain and snow,
which will hopefully see us through  our dry Summer season
without a repeat of  major water rationing.

As I am the eternal optimist,  I am already looking forward to
Spring and all that it brings with it, warmer days, spring flowers
and hopefully the end of the  COVID19 pandemic.

We can once again visit our National Parks, if only for day trips,
and one of Mike's and my favourites is of course Cape of Good Hope.

It is so close to home, and offers such diverse Fauna and Flora, that we still go,
for the day, with our cameras and a picnic. 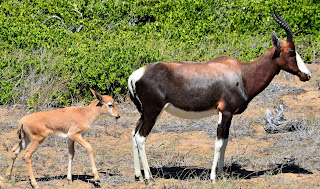 We spotted this beautiful Bontebok female with her calf just past the Da Gama Cross on our way down to Bordjiesdrif.

The Bontebok were over hunted and the wild  population was reduced to just 17 animals.      Thanks to wonderful conservation work the species has recovered. 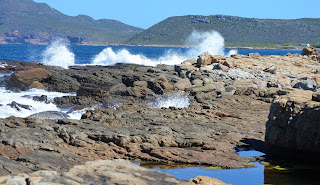 Great wave action near
Venus Pool, which is a
very popular spot for visitors
in the hot summer months. 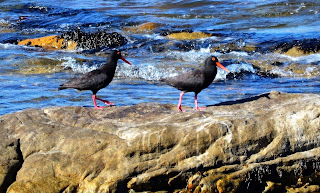 African Black oyster-catchers, which are an endangered species, were hopping around on the rocks looking for dinner.   Oysters would be nice. 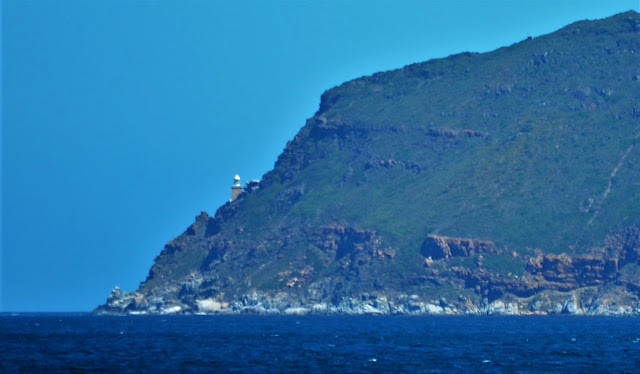 Cape Point has two lighthouses, however, only one is currently in use.   The "new" Cape Point Lighthouse, built in 1914, was positioned lower down and around the corner, so to speak, from the "old" Lighthouse, which was built in 1859 on Da Gama Peak and was often obscured by bad weather conditions.
Now Ships approaching from the west can only see the light from the new lighthouse when they are safely south of the Point.
It has the most powerful light on the South African Coast, emits three flashes in a group every 30 seconds and revolves. The old lighthouse still stands and is now used as a centralized monitoring point for all the lighthouses in South Africa.